Skip to Content
Home Blog Blog HowTos How To Choose The Right Shaft For My Driver?

One of the most important decisions in choosing the best golf driver for you is the shaft option. Using a golf driver with an improper shaft can adversely affect the distance, accuracy, and trajectory of your drives.

The shaft is often mistakenly referred to as the “engine” of a golf club. In fact, it is more the “transmission” as the power, which is supplied by the golfer’s arms and body, is transmitted through the shaft to the clubhead.

Graphite shafts have been around for quite some time now, although the technology is constantly evolving, and is the preferred material used in the modern golf driver.

Quality graphite shafts are at least as durable as steel while being a much lighter alternative.

The weight savings translate into higher swing speeds for greater distance with the added benefit of less bad vibrations being transmitted to the golfer’s hands and arms.

The downside, however, is that graphite is a much costlier material. The physical properties of best golf driver shafts that should be considered are length, weight, torque, kick point, and flex.

All these properties combine to produce a balance and a feel to a driver and can greatly affect the overall performance of the club.

Length Of The Shaft

Basically a matter of preference based on feel, shaft length can be roughly determined by the height and arm length.

Most of the standard shafts on the drivers on this site have lengths in the 45” – 46.5” range, with the exception of the Cobra Long Tom Driver which is fitted with the USGA maximum of 48”.

Weight Of The Shaft

Graphite shafts are manufactured in a variety of weights ranging from the sub-40-gram category up to about 90 grams, with the most common being in the 65-gram vicinity.

The shaft weight has a major effect on the overall weight of the driver. As stated previously, the lighter the driver, the higher the swing speeds generated, resulting in greater distance.

Torque Of The Shaft

Simply put, the resistance of the shaft to twist around its own axis when a force is applied to the clubhead (see diagram). Manufacturers apply a set force to a clubhead and the resulting rotation is measured in degrees.

The norm for graphite shafts is in the 3.5 to the 5-degree range, while 3 degrees or less is considered a low torque shaft.

Referring again to the diagram, if a ball is struck off the toe of the driver, the clubhead will rotate more, putting sidespin on the ball resulting in off-target shots.

Low torque shafts can help, but without sufficient clubhead speeds, you will push your tee shots.

Kick Point  Of The Shaft

The kick point, which is also referred to as the flex point or bend point, is simply the point along the shaft where it starts to flex the most under load in the downswing.

Golf driver shafts of the same overall flex or stiffness can have different kick points.

Manufacturers can locate the kick point by varying the taper and/or the wall thickness of the shaft design.

Kick points are designated as low, mid, and high, but with no real industry standards, these points vary from manufacturer to manufacturer.

Generally speaking, the higher the kick point, the lower the launch angle will be. The kick point has only a slight effect on ball flight for the majority of golfers.

Most stock drivers fitted with regular flex graphite shafts are rated at “mid”, so, unless you are a very low handicapper tweaking a tour driver for maximum ball flight precision, you needn’t be overly concerned with kick points.

Flex Of The Shaft

The most important consideration in the process of choosing the best golf driver for you is the shaft flex.

Simply put, shaft flex is a rating given to the golf shaft’s ability to resist bending under load during the golf swing.

The following designations are used to rate shaft flex:

A     Senior (originally called “A” for an amateur)

Like kick points, these ratings and designations have no real industry standards and can vary somewhat from manufacturer to manufacturer.

Choosing the right golf driver shaft for you is extremely important as it can have a great impact on distance, accuracy, and ball trajectory.

During the swing, the shaft flexes and kinetic energy, which is stored in the coiled shaft, is released to the ball through impact, much like a whip effect.

However, the proper shaft flex for your swing is required to “square” the club head at impact or undesirable results may occur.

Using a shaft that is too stiff for your swing will most likely result in a lower ball trajectory and loss of distance, as well as an open face at the impact that will push the ball to the right, or the fade side. If the flex is too soft, the ball will fly higher than it should, losing distance, and the clubface tends to close, pulling the ball to the left, or the draw side.

So, what is the proper golf driver shaft flex for you?

The most important factors in determining the right flex for you are swing speed (actual clubhead speed at impact) and swing tempo (the time it takes to complete your swing).

The faster your swing speed, the stiffer the flex of your shaft should be. Most average male golfers swing their drivers at about 90 MPH, carrying about 225 YDS, and would require an R, or regular shaft.

Swing speeds and distances above that might require an S, or stiff shaft. Unless you’re a tour pro swinging over 105 MPH and driving the ball over 260 YDS, you can forget about an extra stiff shaft.

Seniors generally require an A shaft, swinging in the 70-85 MPH range, balls carrying 180-210 YDS. Most ladies average less than 70 MPH and 180 YDS and should use an L shaft.

If you would like to monitor and maximize your results, with your irons as well as your driver, then here is a fantastic tool that we use and highly recommend. 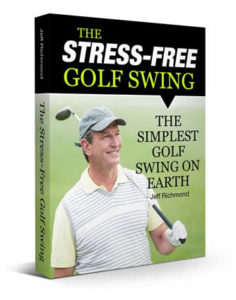 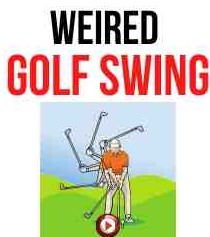